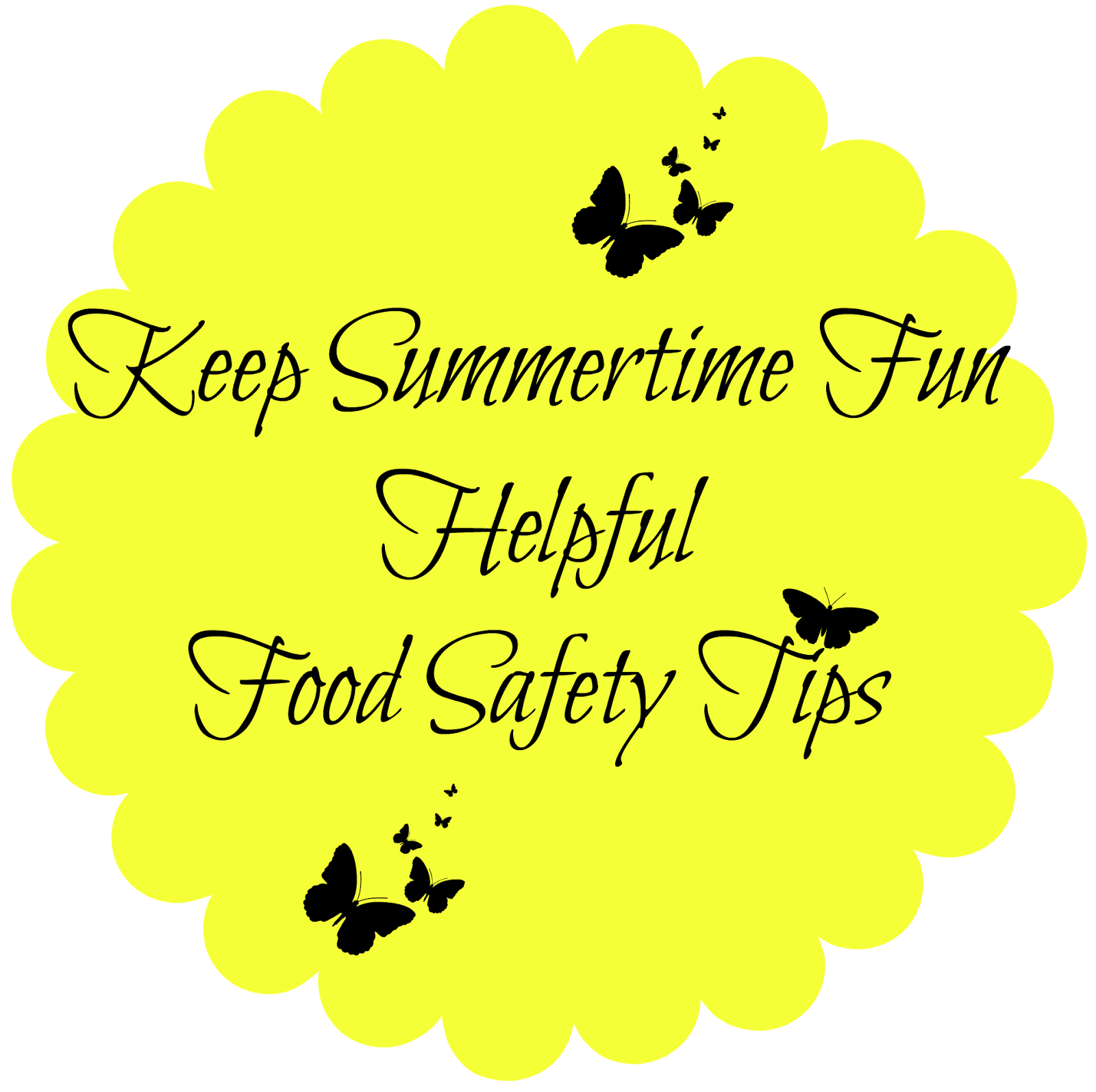 Did you know that foodborne illnesses occurs more often during the summer than any other season?

Why? Because bacteria multiplies faster when it’s warm and people are cooking and eating outside more, away from the refrigerators, thermometers, and washing facilities of a kitchen.

Why am I writing this? Well l just spent two days extremely sick with all the symptoms of a foodborne illness (also called food poisoning) and I spent a lot of time trying to figure out what I did or where I could have been exposed. As a former public health official I knew better but all judgment must have left my mind the minute I entered our local Farmer's Market. What possessed me to think that taste testing dips outdoors
and mid morning on a very hot summer day was a good idea?????  Am I positive this is what made me sick? No but after assessing everything I had eaten in the previous 72 hours this was the one thing that was the most likely. This post is a reminder even for those of us who have all the information that we always need to be on high alert! And I hope it is timely since the 4th of July is just around the corner - let's all be prepared! So I am sharing some information and tips:
If you get food poisoning you can help keep yourself more comfortable and prevent dehydration while you recover, try the following:

Clean - Wash hands and surfaces frequently
Separate - Don't cross-contaminate
Cook - Cook to the right temperature
Chill - Refrigerate promptly
Illness-causing bacteria can grow in many foods within two hours unless you refrigerate them. (During the summer heat, cut that time down to one hour.)

Not all foodborne illnesses occur at home and without expert investigation you can't say with any positivity what caused the illness so it is important that if you think you have a foodborne illness you report it to your local health department because it could be you are part of a foodborne "outbreak" which is an indicator that something needs to be improved in our food safety system. You can be an important part of discovering what foods made you and others sick.